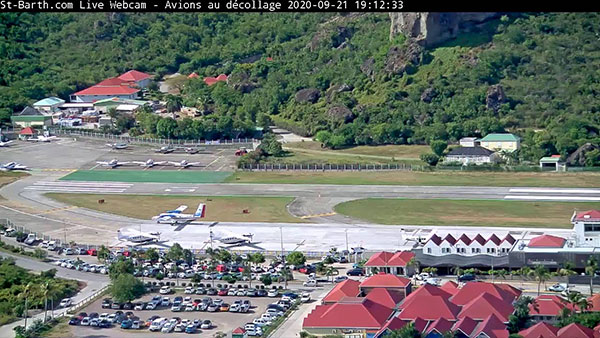 The third most dangerous airport in the world

St. Barth’s Airport Live Camera, also called Ouanalao by the indigenous people, is a volcanic island fully encircled by shallow reefs. The live stream features its famous King Gustav III. airport, which is together with island’s capital, Gustavia, named after King Gustav III of Sweden. The History Channel programme Most Extreme Airports ranks Gustaf III airport, which is casually referred to as “St. Barth’s”, as the third most dangerous airport in the world! Watch the planes landing only metres above the road.

Location: St. Jean on the Caribbean island of Saint Barthélemy