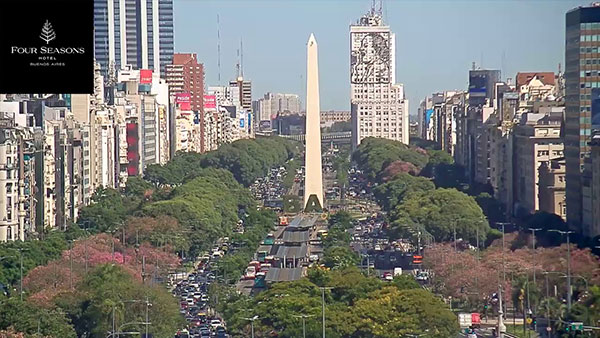 Buenos Aires is the capital of Argentina, it is located 150 miles from the Atlantic Ocean in the Federal District (Distrito Federal). Buenos Aires is one of the most important cities in Latin America. Even with the distance from the Atlantic this city is still one of the busiest port cities in Latin America because it is situated on the Rio De Plata (Silver River).